Dr. Christopher Rowlands was awarded a PDA travel grant for the Jan-June 2015 cycle. 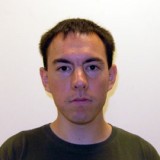 BIO: Dr. Christopher Rowlands received a Masters in Chemistry from Imperial College London in 2001, studying reaction optimization in microfluidic devices as a final-year project. His PhD studies were at Cambridge University in the group of Prof. Stephen Elliott, and were highly multidisciplinary, with a unifying theme of construction of a miniaturized Raman sensor for counter-terrorism applications. Afterwards, he moved to the University of Nottingham for a short post-doc, constructing Raman microscopy instrumentation for intra-operative tumor margin assessment, before receiving a Welcome Trust – MIT Postdoctoral Research Fellowship to develop temporal focusing microscopy for use in photodynamic therapy; essentially using very high-throughput multiphoton microscopy to kill cancer cells. Dr. Rowlands is currently a member of the So Lab at MIT.

RESEARCH OVERVIEW: Dr. Rowlands’ current research covers several different projects, unified by the construction of cutting-edge optical instrumentation to solve hitherto-intractable problems. Recently, he’s been working on Temporal Focusing Photodynamic Therapy; a high-precision method of killing individual cells for cancer treatment. A high-power pulsed laser is used to selectively excite a photosensitizer in many different cells simultaneously; this photosensitizer is cytotoxic when exposed to light and selectively kills the surrounding cells. This was demonstrated by selectively killing a plane of cells at the center of a nodule of cancer cells in vitro, as well as writing arbitrary patterns on a dish of cancer cells, visualized using a Live-Dead stain.

Another set of projects is focused on neurophotonics. Dr. Rowlands is developing optical instrumentation to image the entire mouse brain at super-resolution (below the diffraction limit of light), with the goal of obtaining the connectome for the mouse in less than a year. This requires an instrument throughput of a gigapixel per second, which is at least two orders of magnitude faster than any instrument to date. Currently the instrument has been constructed, and is in the process of being characterized and tested.

A final neurophotonics project is to determine how individual neurons process the signals arriving from their synapses. This requires imaging the activity of a single neuron at high speed (10-100 frames per second) and in 3D. In collaboration with other researchers in the lab, He has designed a simple, highly photon efficient system for high-speed three-dimensional patterning of light, as well as efficient readout. Current tests suggest that the system should adequately scale to the required frame-rates.

Scroll back to top